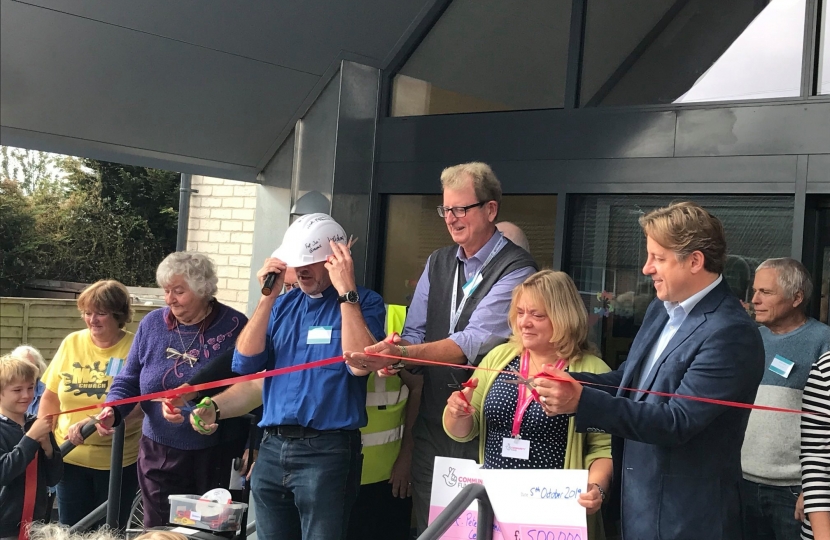 Congratulations to Rev David Keen and the many talented team members involved in putting together the new St Peter’s Community Centre which opened on Saturday. It’s such a positive project and if you are local I would encourage you to see what they have to offer, especially if you are involved with a community group. I had a small involvement helping them make sure they didn’t have to pay VAT right at the start and it’s brilliant to see it now up and running, and how fantastic the building has turned out to be.

There is a car park underneath New Palace Yard just in front out of the House of Commons. Built the early 70s, it has space for about 450 cars and spaces are allocated to MPs and staff who may work outside of public transport hours or have mobility issues. It is empty this week as the roads leading to Parliament Square have been blocked off by Extinction Rebellion, the climate change protesters. I would like to see the time used to fit electric charging points, of which it currently only has two. Sadly I don’t think this is anywhere on the list of the demonstrator’s demands, nor would it be fighting for space among practical ways in which we can be kinder to the environment.

The right to peaceful protest is important and stopping vehicles accessing Parliament may be a symbolic victory but it comes at a high cost. Just over Westminster Bridge is a large hospital, St Thomas’, which includes an A&E department. For parts of the week protesters blocked the bridge and other main access roads to it putting lives at risk and travel to outpatient appointments by bus impossible.

They did give me a field maple which I look forward to bringing to Somerset this weekend to plant, and I do think this is much more constructive than the calls to end capitalism coming from some of the protesters.

Since 1990, the UK has cut emissions by more than 40 per cent while growing the economy by more than two thirds, the best performance on a per person basis than any other G7 nation. The campaign against single-use plastics has changed attitudes and 15.6 billion fewer bags have been handed out by the seven main retailers since the introduction of the plastic bag charge in 2015. A ban on the supply of plastic straws, drinks stirrers and cotton buds will come into force in April 2020. Microbeads in cosmetics which are harmful to marine life have been banned. Getting greener will be a worldwide effort over many years but it is not true to say no one is listening.

I enjoyed joining friends and volunteers in Ninesprings and Haselbury Plucknett recently for litter picks. It’s a great way to show our communities some love and sociable too. I certainly hope that the Extincton Rebellion protesters show the same enthusiasm when cleaning up after themselves in London and around the country.