Marcus Fysh chosen to stand up for local people in Yeovil 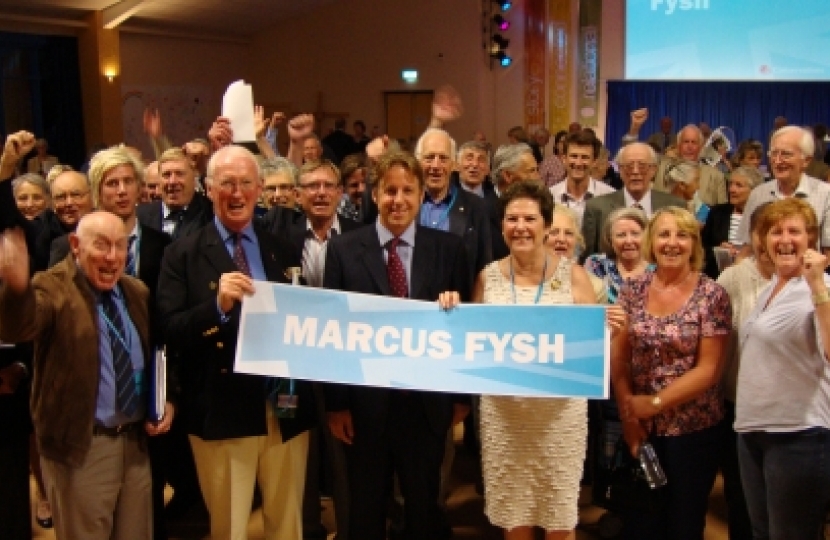 Local people from Chard, South Petherton, Ilminster, Yeovil and surrounding villages have chosen local man Marcus Fysh to be their Conservative candidate for the Yeovil Constituency at the General Election in 2015.

Marcus, who lives locally just outside Yeovil, was selected by nearly two hundred local residents who attended the Open Primary in Yeovil. They asked each candidate a range of questions on local and national issues before voting for who they wanted as the candidate.

Commenting on his selection, Marcus said “I am delighted that local people from across the Yeovil constituency have put their faith in me to stand up for them.

“I am not a career politician, but by getting involved in local issues and listening to local people I have seen the good work that can be done, and realised how much I enjoy helping and being effective. It’s been very humbling to receive so much encouragement from local people to take the next step to bring about the change that they want and become the next MP for Yeovil.

“Regardless of who people vote for, or if they don’t vote, I want to listen to their concerns and take action. I want to make our towns and villages a better place to live and work and together we will make it happen.”

Before entering politics Marcus has had a successful career in business, including start-ups in agriculture and healthcare. In 2011 Marcus became a South Somerset district councillor representing Yeovil South, and in May won the Coker Division from the Liberal Democrats on Somerset County Council.