UPDATE - Marcus on Lords and BREXIT 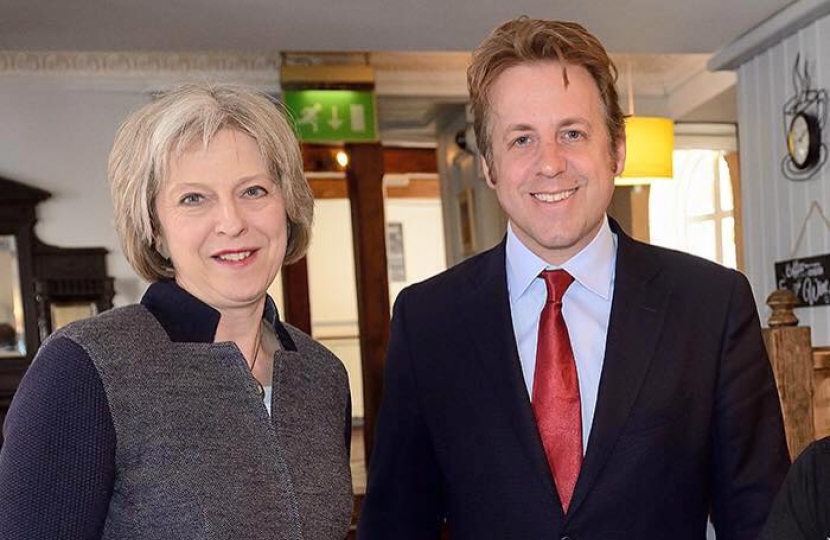 Parliament was in Recess last week and it has been wonderful as a result to spend extended time back in Somerset. The term "Recess" comes from the Latin word to "withdraw", and it is a chance to withdraw temporarily, both from the battling discussions of the House of Commons, and also, more formally and with more ancient connotations, from the Queen's summons to her presence in Parliament, symbolised by her Mace which the Speaker's procession brings into the House each sitting day, having been entrusted with it at the State Opening of Parliament.

The customs of our country have evolved much over the years and we are a modern nation with a rightly modern outlook, but traditional threads such as these still weave their way through, and Westminster is a place you can't avoid them.

The Queen has played an enormous part in preserving the personal, human thread that runs through the different phases of our history, and she must be congratulated this week on an amazing 65 years of outstanding public service, for which I am sure everyone in the Constituency must be grateful, whatever they think of tradition itself.

From the smiles on the faces in pictures of her Golden Jubilee visit to Crewkerne which I saw posted online, to her Jubilee plaque at the amazing Hardington Mandeville play area which my family enjoyed visiting again this week, to the little gold crowns that may be noticed on top the new village signposts in East Coker, and her uncle then Prince Edward's bronze wreath on the War Memorial on Ham Hill, there are strong local signs if we choose to notice them that we are mindful of the personal link she has provided in our public life, from Winston Churchill as Prime Minister to Theresa May.

The previous Wednesday, MPs in the House of Commons, as the elected representatives of the people, voted overwhelmingly for legislation that will instruct Her Majesty's Government to notify the European Commission of the United Kingdom's intention to withdraw from the European Union. This vote honours the decision which the people were entrusted with in last year's EU referendum, and the consent for government which they chose to reserve to themselves.

It was passed cleanly as a simple instruction to trigger the process of leaving the EU, which starts negotiations with it on a future relationship that the Government wishes to be as constructive as possible. Many amendments were proposed, but all were discarded, with many seemingly designed merely to frustrate or delay the people's decision. The amendment proposing a second referendum moved by the Liberal Democrats received just 33 of a possible 650 votes, having been exposed in debate as undemocratic.

Later that Wednesday night I stood with Minister David Jones at the brass bar inside the House of Lords where MPs may occasionally visit, to see the EU Withdrawal Bill that had just been sent there being read for the first time. One or two peers seemed to wake momentarily from their unelected slumber. Well, my Lords and Ladies, the people have spoken. I hope you will respect them, and pass this Bill unamended so we may give it to the Queen to make law as soon as possible.