In My View - This Summer 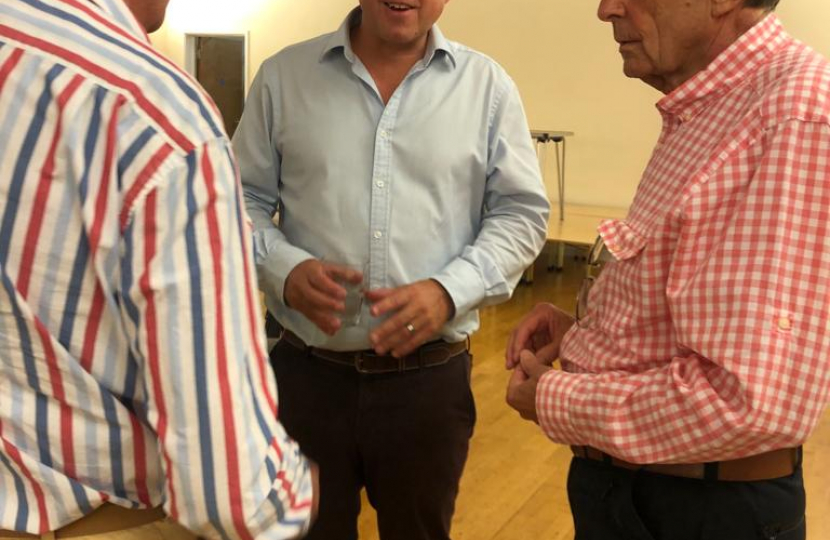 In politics the summer will unsurprisingly be dominated by the leadership election. Having said that, I hope that many of you have other distractions, whether it’s a holiday overseas or here in the UK or just some time to relax and see friends and family here in our glorious part of the country.

The debate on the BBC on Monday highlighted that the choice of the next Prime Minister is not just one about personality. There is a difference in opinion about how best to manage the economy and, whilst I have  respect for Rishi Sunak and what he has had to contend with, I am sure that Liz Truss has the right package of policies that will make a difference to households across the country and will help get more goods and services into the economy, helping limit, notexacerbating inflation. Liz's plan for the economy is the most likely to sustain the NHS, opportunities for young people, care for our older population and the most vulnerable, and it is no surprise to me that polls indicate she did better in the debate.

During the Covid pandemic, Rishi understood that it was a time that demanded exceptional measures to help everyone get through. The furlough and other Government schemes of support meant that millions of jobs were saved, mortgages paid and help given to those that needed it most.

Now though the former Chancellor has to my mind too narrow an approach and it is Liz Truss who understands that having come through that time we are still in an exceptional period where we need fresh ideas and confidence in our country to make the best of the coming years.

When you look at our outstanding track record on environmental issues and cutting emissions, especially compared to some of the bigger countries we are not currently on good terms with, it makes sense to pause green levies on energy bills to help families with the current spike in prices. Similarly the National Insurance rise would be cancelled with Liz as Prime Minister as it is a tax on jobs which is an inflationary barrier to growth.

I had a really good discussion with local Conservative Party members about the leadership race on Friday evening but am of course interested in all views so do get in touch and I will reply as soon as I can.

It was great to see the public announcement that Leonardo have been awarded a £60million contract from the Ministry of Defence to build unmanned helicopters. It is something that has been in the pipeline for a few years now that I have championed and it’s really exciting to see it go to the next step. I hope that this is a precursor to the next contract of supplying the AW149s and will continue to lobby for that as hard as I can.

If you are looking for a fun couple of hours over the summer holidays, Cricket St Thomas Golf Club are offering free pitch and putt for children between 3pm and 5pm. Also on the 30thand 31st July Holyrood Academy are hosting Britain’s Disabled Strongman competition. It’s been brilliant that the country has got behind the Paralympics and many of us have seen how incredible some of these athletes are.

It was great to welcome Liz Truss to Yeovil this week. She continued to be completely on top of the various issues facing a new Prime Minister, as well as being engaging and with a good sense of humour too.