In My View - Our Great Volunteers and International Trade 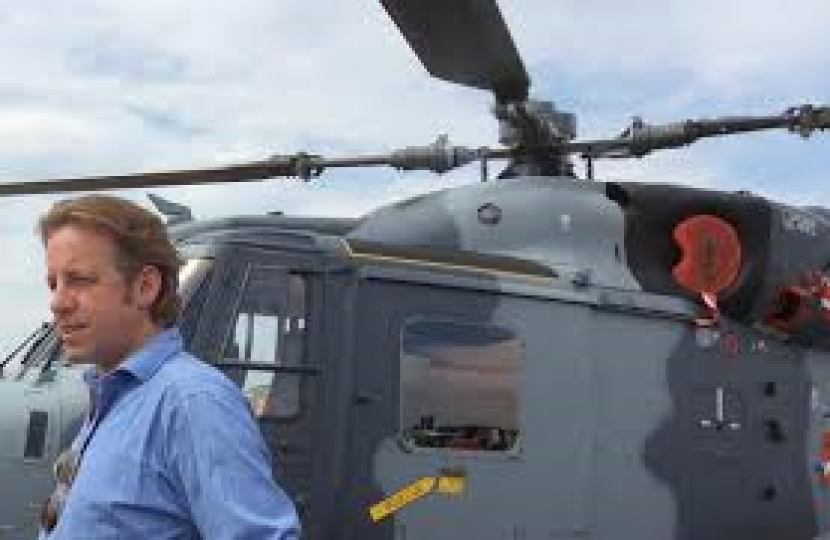 In these challenging political times it is great to spend time with some of our wonderful and dedicated local volunteers and campaigners. In recent days I have been really impressed meeting those engaged with the Yeovil Carers for People with Learning Disabilities Group and also the campaign to save St Margaret’s Hospice. The former have ongoing concerns about the services provided by the Fiveways Centre, which had a very aged building, not yet being properly replaced, and I am going to keep supporting them to try to make that happen. We managed to get the closure of Fiveways delayed but a suitable new hub is still not open and that needs to be expedited.

I have asked the Charity Commission to look into St Margaret’s Hospice’s decision to close the Yeovil In-Patient Unit and they have agreed to do so. Apparently the closure even meant two patients had to be moved which seems totally inappropriate to me. I understand additional beds have not in fact been opened at Taunton, due to staff shortages, and additional staff for community care have not been recruited. The Charity Commission have opened a regulatory compliance case, in order to carry out verification and assurance on the Trustees’ decision making. My thanks go to everyone who has got in touch either with me or the Charity Commission directly. I remain certain the decision to close the unit was not right and I hope that this is a potential step in the direction of getting it back up and running, offering the care and support it has provided so well in the past.

It is another momentous week in Parliament as the Government seeks to get legislation through which will allow us to leave the EU with a deal on October 31st. What is so important here is that both the EU and the Government side in Parliament have shown that they are willing to compromise to achieve an orderly departure and a positive and close relationship in the future. I am supporting the deal – while not perfect it is better than the previous proposal and no longer so stacks the deck against us for future negotiations. Sadly there remain those in Parliament who will do whatever they can to block the attempts to honour the result of the 2016 Referendum and I think their actions are increasingly transparent.

I am currently in touch with the Defence and International Trade Departments to encourage support for Leonardo and our helicopter industry on two fronts. The Norway Military Council have suggested they may be interested in more AW101s and are also considering Special Forces options for which AW149 might be suitable. I am also pressing for a capability review for the AW149 as a replacement for the Royal Air Force Puma fleet. Trade with Norway, and also countries like South Korea where we are promoting Leonardo’s exports, is made easier because of rollover trade deals which I had input on and which I will continue to champion in my new role as Deputy President of the Board of Trade.