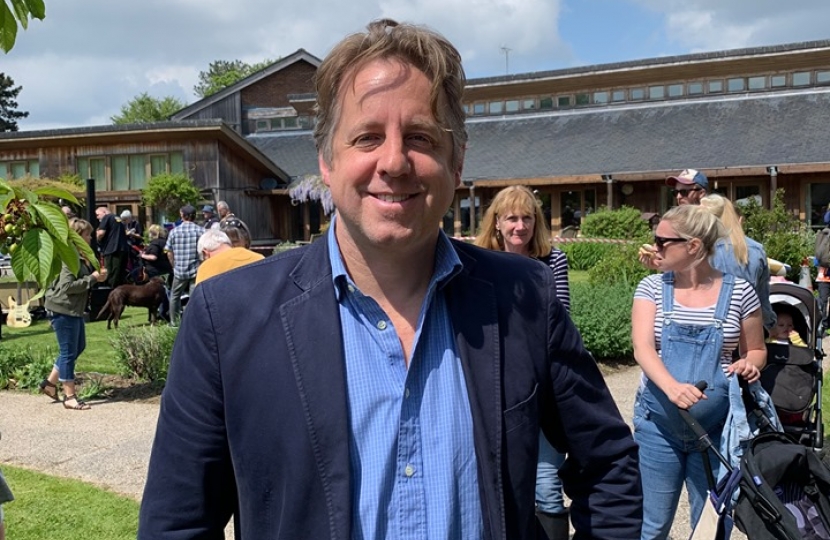 It wouldn’t be right to get through August without mentioning the weather. Regardless of how you vote or think, we can all get together under an umbrella and celebrate the British summertime, and as I write the sun has come out so the idea of snatching a few hours at the beach beckons!

Whilst that is going on I can say that this is not a normal summer for the Government and civil service. Contrary to some reports there is huge energy going into making the next few months as smooth as they possibly can be as we get ready to leave the EU. The Prime Minister has repeated his determination to have agreements as we do so but to have a chance of doing that we need to be prepared to leave without a Withdrawal Agreement under Article 50.

Of course it is still in the interests of the EU to have a deal with us and ‘no deal’ does not mean no deal forever. In the midst of yet more scaremongering though I would like to emphasise the sheer amount of intelligent work being carried out on preparations for any eventuality. I am somewhat involved in this as through my Parliamentary committee and professional background I have learnt a lot about international trade and how borders, exports and imports work. There is a real sense of excitement and application as we question existing methods and ask ourselves what can be done better.

As the future of St Margaret’s Hospice remains uncertain it does lead into things that aren’t perhaps at the forefront of people’s minds until they are needed but which are some of the biggest challenges of our time. County Council leader David Fothergill is rightly championing sustainable solutions to adult social care and Boris Johnson has stated his commitment too. It is not just about the money but I will keep making the case in Westminster for fairer funding and trying to get local organisations to work better together in delivery.

I hope we can help St Margaret’s and end of life care onto a sustainable modern footing too. I have to say their finances look to have been steady over the last years and I have seen no evidence for the idea that their future prospects are deteriorating in an uncontrollable way. Boris Johnson has this week announced £25 million extra for hospice funding which will help a little with certain costs while we look into this further.

I have done a lot of research into the studies of patient preferences that have been cited and I have to say I do not agree with the conclusions the management team of St Margaret’s appear to have reached. Whilst the need for home care may be expanding, there is nothing I have seen to suggest that the need for inpatient facilities is decreasing or that it is outweighed by a preference for home care that means home care is so dramatically underserved.

A positive development on a really difficult issue is that the Government’s new Children’s Funeral Fund is now running, meaning parents won’t have to worry about such expense at such a dreadful time. There was a cross party campaign on this last year.

In My View - Eat Out to Help Out

This week saw the launch of the Government’s Eat Out to Help Out scheme which will run through August.