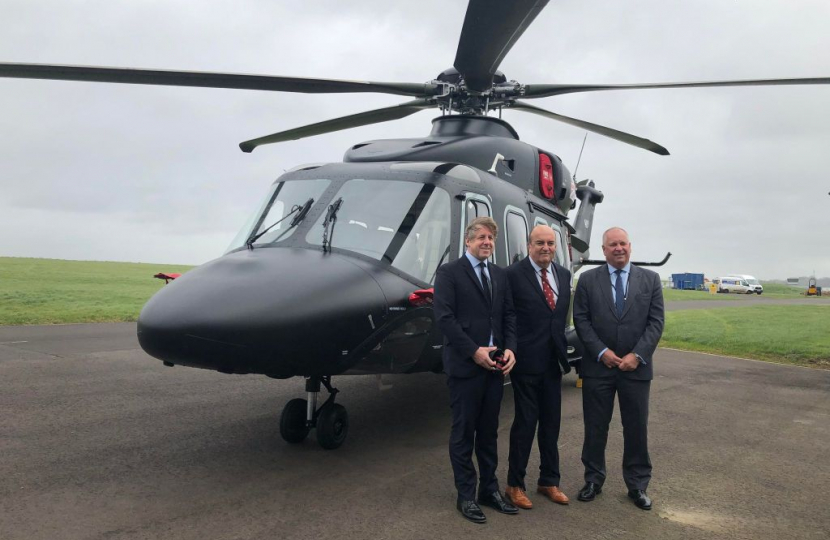 This week as we approach Easter it has been so awful to see the reports coming from Ukraine about indiscriminate killings and destruction. It seems however that the Russian operation may be starting to fail. There must be an international effort to bring to account those guilty of war crimes and we must more effectively impose economic sanctions on those involved with regimes such as this.
The applications from Ukrainians wishing to move to the UK are being processed with increasing pace. Whilst some have criticised our speed at getting those systems up and running, we have been providing meaningful aid both of medicines and other humanitarian aid but also in terms of advanced and directly relevant military equipment. Our own response in Somerset both in fundraising and offering accommodation has been brilliant.
High levels of media reporting have focussed on potential war crimes in areas to the North of Kyiv and in particular the area of Bucha. The Ukrainian President visited the location and said it would be, “very difficult” for Ukraine to negotiate with Russia following the atrocities. President Zelensky has been inspirational throughout.
According to our Ministry of Defence, military activity in the Kyiv and Chernihiv regions is likely to continue over the next week despite Russian withdrawals, due to the potential presence of pockets of Russian troops isolated during the withdrawals. The Ukrainian Deputy Defence Minister has stated that the whole of the Kyiv region has been recaptured by Ukrainian armed forces.
Whilst Ukrainians are hopefully now coming through the most difficult stage of this conflict, as Russia seem to be losing hope and retreating from strategic gains, we and our allies must learn from this. We read so often senior journalists and commentators saying they never thought there would be a war in Europe in their lifetime.
We now need to re-evaluate some of our relationships and in particular insulate ourselves from issues such as global energy prices. I was pleased to see this week that the Government will pause on blocking up existing fracking wells until further assessment is made into their safety and cost effectiveness. Renewable energy sources are also a big part of future energy independence.
Parliament is now in recess for two weeks and, whilst it is a privilege to be in Westminster, it is always brilliant to be in Somerset. Although the House of Commons is not sitting, Government goes on and this week I have been in touch with Departments about local issues. I have asked for support to get the Chinnock Hollow road reopened. Somerset County Council are working on it and there are significant challenges but it is just taking too long and I hope we can speed things up.
I have also been in touch with the Sports’ Minister, Nigel Huddleston, to see if there can be any further support for clubs’ such as YTFC finances as they recover from the last two years.
Finally, I have had a meeting with the Ministry of Defence to further the conversation about speeding up military procurement which affects not only Leonardo but also many other companies and workers.