In My View - Football’s Coming Home 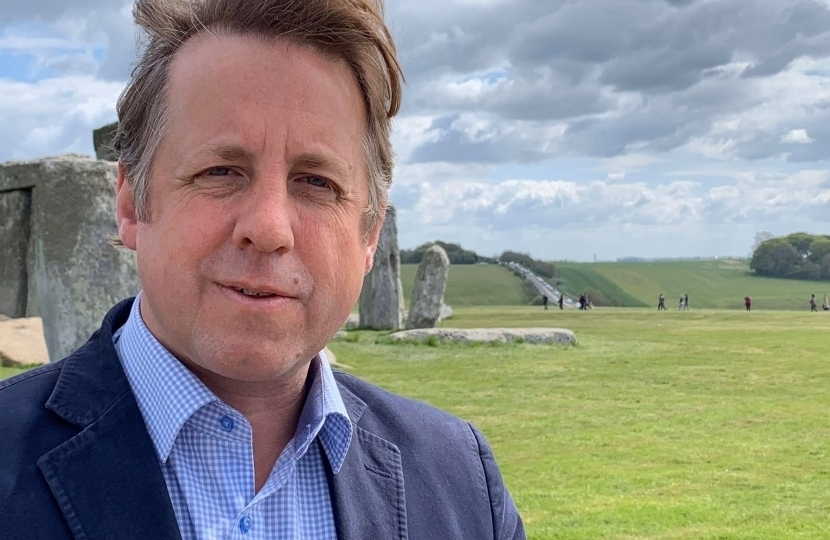 Football’s coming home; the tennis at Wimbledon has been fantastic to watch; and work on the ground for the first section of dualling the A303 will be kicking off here in September. What a week. It feels good to be getting back to normal, to enjoy these shared experiences. It’s not been an easy time in Chard though with the terrible flash floods and thoughts are with those affected. Also our thanks go to all those involved in the clear up operation. I’ll be liaising with them to see if there are any lessons we can learn.

It has been very exciting watching England in the Euros and I’m sure many have been inspired by some of the great young talents we have representing us. Let’s hope for a good result on Saturday night. I have been busy trying to support Yeovil Town and other smaller clubs and it’s brilliant to see Government being help being offered for grass roots facilities. Hopefully this will open playing up to even more people across the country and if we can get all clubs operating normally again ASAP the future is bright.

It was very encouraging to see so many young people getting first vaccine doses this weekend, with half of all adults under 30 having received at least one jab as of the start of this week, and impressive given it was opened up for them only 3 weeks ago.

The weekend also saw Armed Forces Day celebrate the hard work of all the cadets, serving personnel, reservists and support staff who help keep our country and world safe. A special mention was also deserved for the Fleet Air Arm and Army Air Corps at Yeovilton and all who help locally get them the best possible equipment. Last week I spoke in Parliament in a debate on UK defence to emphasise that our Ministry of Defence should choose Leonardo’s AW149 for its future medium lift needs.

As mentioned earlier, on Monday it was confirmed that the first section of the A303 to be dualled will be between Ilchester and Sparkford. It is great to get this work under way as it has long been needed and will lead to many opportunities. I have also been making the case to good reception for dualling of the Ilminster bypass to follow on directly from the 2024-25 dualling of the A358 section from the M5 at Taunton to Ilminster which is still in detailed planning stage. I will continue to work closely with Ministers to get the rest of the work scheduled as soon as possible.

Finally, I took part in an important conference this week about youth violence and knife crime. Organised by the University of Nottingham and Groups in Parliament, I spoke at it as a member of the All Party Parliamentary Group on Knife Crime but also as the chair of the APPG on Education and as an MP who has seen the effects of this locally and on young people caught up in victimisation and gangs. It was a really creative and urgent forum and I look forward to staying involved and working on effective solutions with Ministers, local agencies, parents and the Police.

As always, if I can be of help or if you would like to contact me on any of these issues please do call 01935314321 or email marcus.fysh.mp@parliament.uk

In My View - Lifting Restrictions an Important Step Forward

Monday saw the lifting of most legal Coronavirus related restrictions in England and marked an important step forward in our return to normal life.