Leavers must unite and back Boris to crack on with Brexit 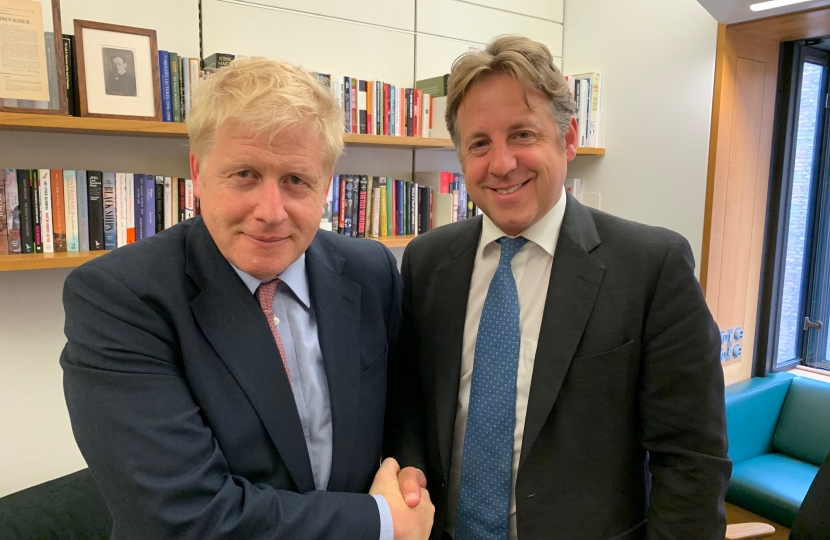 Originally published in The Telegraph

Leavers must unite and back Boris to crack on with Brexit

Over three years ago, this country voted for change – a change that would unleash Britain’s potential in a way that’s not been possible under decades of EU control. This election offers us the chance, arguably the final chance, to deliver on that referendum result and put uncertainty behind us. A vote for anything other than the Conservative Party is a vote for Jeremy Corbyn and two referendums in 2020 - or worse, a remain alliance and years of dither and delay.

I am a detail person, and I voted against Theresa May’s deal because the detail showed it would not deliver anything recognisable as Brexit. This is not the case with Boris Johnson’s deal, which is why I am backing it.

I want anyone tempted to vote for the Brexit Party, even after today's news that they may not stand in seats that were Conservative in 2017, which is helpful as far as it goes, to see that all it may do is divide the Brexit vote in areas we need to gain in order to have a workable majority to prevent the one thing Brexiteers do not want - a second referendum that betrays the promise of the first. The same goes for withholding votes for the Conservatives.  Boris will get Brexit done immediately and focus on all the other priorities people have, and with a working majority we can do so many more positive things for the country.

There are two main reasons that is incorrect to say that Boris' deal is the same as what went before.

First it clearly establishes the UK and EU as equals and ends the supremacy of EU law. There is no UK “backstop” of customs union and intrusive regulation and an effective EU veto on future arrangements – all of this is gone in Boris' deal.

Second the Political Declaration makes clear that this deal provides for a genuine free trade deal relationship, not a relationship based on subordination and high alignment of the UK to the EU’s customs union, regulatory orbit and defence ambitions. Fishing and defence etc are not given away by it as some are saying. And the intent for level playing field assurances and cooperation on customs etc is normal for trade agreements.  It does not mean we have to follow the other party’s rules.

A few problematic elements remain, but the legal deck is now no longer stacked against us. The transition period is limited to less than a year. Furthermore we are putting sovereignty locks into the domestic implementing legislation which makes clear that our Parliament is fully sovereign from the moment that we leave the EU in January.

We won’t even get to first base in making a success of this and moving the country forward, though, unless we get a working majority. Beyond Brexit, Boris has outlined an ambitious programme of investment in infrastructure, technology and education - all the things we need to drive forward once we leave the EU and take advantage of our new independence.

People should not fear Boris’ deal - it is the way forward. I, like many, have found three years of blocking and delay a frustration. But we must now take this chance to unite and move on with Boris’ deal, in the North, the Midlands and every part of the country, to unblock parliament and get it working again. For all who want a bright future, it's time to back Boris and crack on.